We, the members of the Midland County Democratic Committee, do hereby establish and adopt these rules of the Democratic Party of Midland County, following Robert’s Rules of Order, for the purpose of giving full opportunity for participation in the political processes of this country.

Party membership is defined as including the following:

All paid Party members; elected precinct delegates; Democratic candidates and elected Democratic officials at all levels; and those who specifically declare themselves to be Democratic Party members.

Every second year (following the year 1966) the delegates to the fall Democratic County Convention of Midland County shall convene at the call of the County Chairperson within 20 days following the November election to select the number of persons equal to the number of county offices and state legislative offices for which candidates were nominated at the last two preceding fall primary elections who, together with the persons most recently nominated by the Party for each of such offices shall constitute the Executive Committee. (Select number equal to Party nominees of the last two fall elections to serve together).

The County Committtee shall have the power to fill any vacancy which may occur in the membership of said committee.

The term of service of a County Committee shall continue for a period of two years and until the selection of its successors.

Business of the County Committee shall be done by standing or special committees approved by a majority of the group present.

The Standing Committees are

All other committees shall be considered special committees

Committees are to report their business at county committee meetings with a time limit of 5 minutes. Discussion on reports shall also be limited to a reasonable time limit. The chairperson shall then move to new business.

A committee has no right to incur any debt involving the Midland County Democratic Party, unless given full authority to do so.

A special committee shall submit a full summarized report of the committee’s concluded business to the officers of the Executive Committee.

A. Resolutions are to be introduced under new business.

Resolutions critical of a Party member must be submitted in writing to the Officers of the Executive Committee and to the person who is the subject of the resolution 14 days before the meeting when it is to be introduced.

Following those procedures set down in the book of Roberts Rules, the following amendment to the By-laws has been unanimously adopted:

Henceforth, that all officers of the Executive committee be required to attend a minimum of three (3) Officer Board Meetings and two (2) regular County Executive meetings per year; and that this amendment be made known to all candidates for officer position.

Whereas, the Midland County Democratic Executive Board comprises two classes of members, (a) statutory members who were candidates for or who hold elective office, and (b) elected members, And whereas, by virtue of office or other responsibilities, such statutory members may not be able to attend executive board meetings,

Be it resolved that a Quorum of the Midland County Executive Committee shall consist of a number of persons equal to a majority of the elected members,

Provided that the meeting was properly stated or properly called, so that all members may be aware of it; and that , if possible, advance notice shall be given of controversial issues.

The number of members who constitute a quorum shall be 10, 9, 14 at this time.

Additional persons, designated by the board, may be selected to serve as ex officio members of the board, in order to better perform their specific functions.

After deliberation, this By-laws Amendments Committee proposes a by-law Finance Committee be appointed, with responsibilities for fund-raising, budget and financial planning, auditing, and compliance with FEC regulations. Treasurer to be a member “ex officio”.

Get the latest MCDP community news sent directly to you.

We depend on your support. A generous gift in any amount helps us continue to bring you this service. 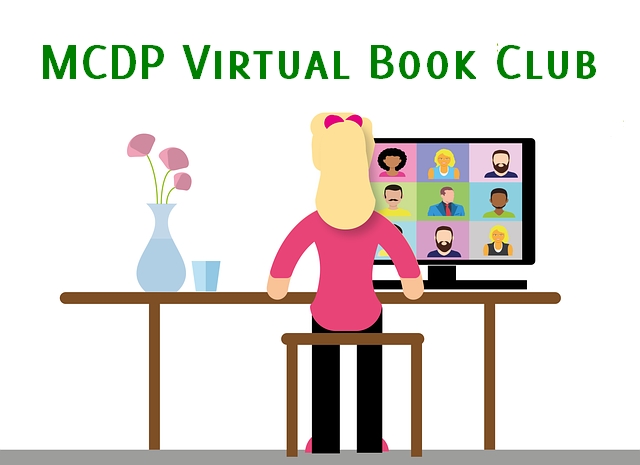 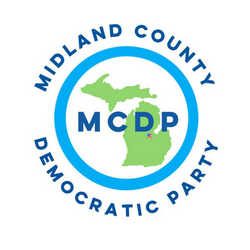